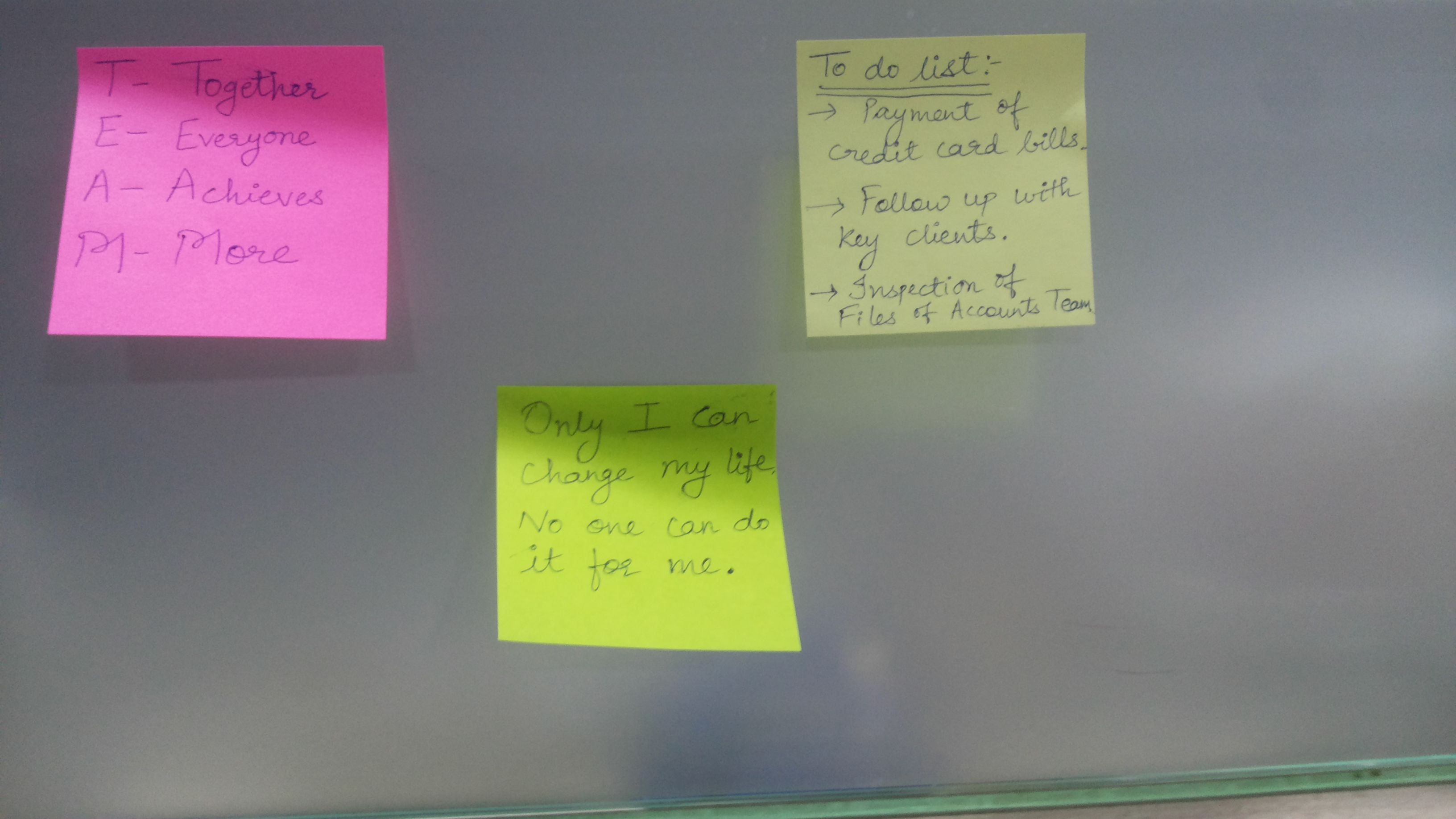 I am excited to start this new journey as my role of HR Executive in Kiprosh 2.0 initiative and I hope I live upto your expectations. This is my very first week and I am happy to know you all during introductions.

This is my very first blog post here and I thought to share this very interesting story that I came across.

In 1968, Spencer Silver was working at 3M trying to create super strong adhesives for use in the aerospace industry in building planes.

Instead of a super strong adhesive, he accidentally managed to create an incredibly weak, pressure sensitive adhesive agent called Acrylate Copolymer Microspheres. However, it had two interesting features. First being that when stuck to a surface, it could be peeled away without leaving any residue. Second was that the adhesive was re-usable. Despite these two notable features, no one could think of a good marketable use for it and eventually the adhesive was more or less shelved.

In 1973, Silver came up with the idea of spraying the adhesives to a bulletin board and stick pieces of paper to it without tape or pins. While this was a decent idea, it wasn’t seen as potentially profitable enough as annual bulletin board sales were fairly low.

Meanwhile, Art Fry, a Product Development Engineer at 3M, who was actively involved in Church choir, had a problem of losing his song page markers in his hymn book while singing. Being in the same company, Fry was aware of Silver's adhesive and came up with an idea to use some of Silver’s adhesive to help keep the slips of paper in the hymn book. Fry then told Silver that he was using the adhesive backwards. Instead of sticking the adhesive to the bulletin board, he “put it on a piece of paper and then he could stick the paper to anything”.

That’s when an idea got generated and that's how the most used office stationery item - "Post-its" - came into being.
So remember, that even a failed product could have value if we can think differently about it....!!!!

Extensions add new functionality to an existing type. Type can be class, structure, enumeration or protocol. This includes the ability to extend types for which you do not have access to the original

Almost all Ruby on Rails developers might come across scenario where they need to add a new column with a default value to one of the database tables. Most of us (including me)