Continuous Integration(CI) and Continuous Deployment(CD) play an essential role, especially when working in a team. In our project, we are following Agile methodology & we do multiple releases during the week. To ensure that the build is generated without any error, CI/CD proves advantageous.

"There should be two tasks for a human being to perform to deploy software into a development, test, or production environment: to pick the version and environment and to press the “deploy” button."

For every feature, we create a separate pull request. Every time on commit, CI automatically triggers the auto-build & executes all the test cases. Meanwhile, the team is notified of every single process, so that in case of any failure or bug, it can be fixed on the fly.

Continuous Deployment is closely related to Continuous Integration and refers to the release into production of the app that passes the set deployment criteria.

"Essentially, it is the practice of releasing every good build to users”

In our project, we have configured it with Google Play Store so that our Android app automatically gets published whenever any pull request is merged. It reduces manual intervention to a great extent. With the help of Azure Continuous Deployment, we managed to reduce too many manual tasks such as:

Let's dive deep into the process to configure CI & CD. For better understanding, I have divided the entire course of action into two parts:

The following steps describe how to configure CI in the Azure pipeline. To setup pipeline,

After selecting Android from the list, it generates a .yml file. Using this file you can configure your build settings. Various configurations can be made through this file such as if you want to configure the trigger branch, you can add trigger tag and mention the list of branches under it. This means auto-build will be triggered only when the changes are performed on these particular branches.

In the .yml file, we can add multiple tasks that we want to execute during the build operation. We have added the following tasks 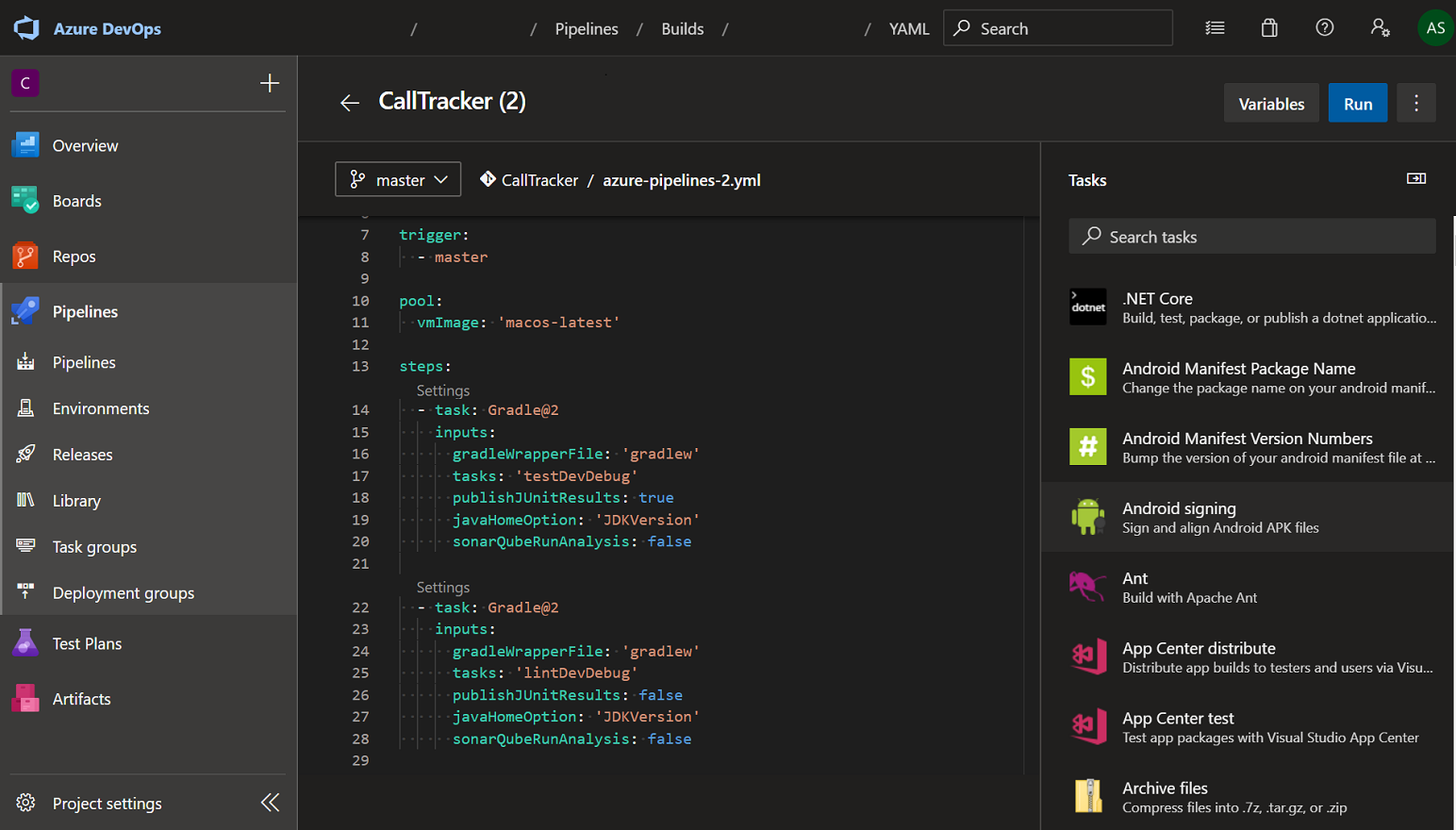 The inclusion of the tasks mentioned above benefited us in various ways. We get to know if we have any failing test cases, as all the unit test cases execute after every commit. It gave us the flexibility to fix all the failures as soon as the code is deployed.

Auto deployment is performed through the Release option of the Azure pipeline. With the help of Azure release option, we are publishing our app in Google Play store. The following steps are required to configure Azure Release

To configure a CD trigger, click on the trigger icon⚡️. This helps us to configure various trigger options. In our case, we are setting the trigger whenever any pull request is merged. We must select at least one target branch. A target branch is a branch for which we want the trigger to activate. It enables the trigger action to only perform whenever any change occurs in that particular branch.
After configuration of the Artifacts, we need to configure Stages & for that you have to click Add Stage option. Stages are the primary divisions in your release pipeline. We are using deploy to qa & deploy to pre-production in our project. Generally, every project has different environments & we have created different stages for each environment. There are two ways to configure stages. Apart from the classic way, YAML can also be used to configure stages. We have used YAML for our project. Each stage can contain multiple tasks that are useful for deployment. 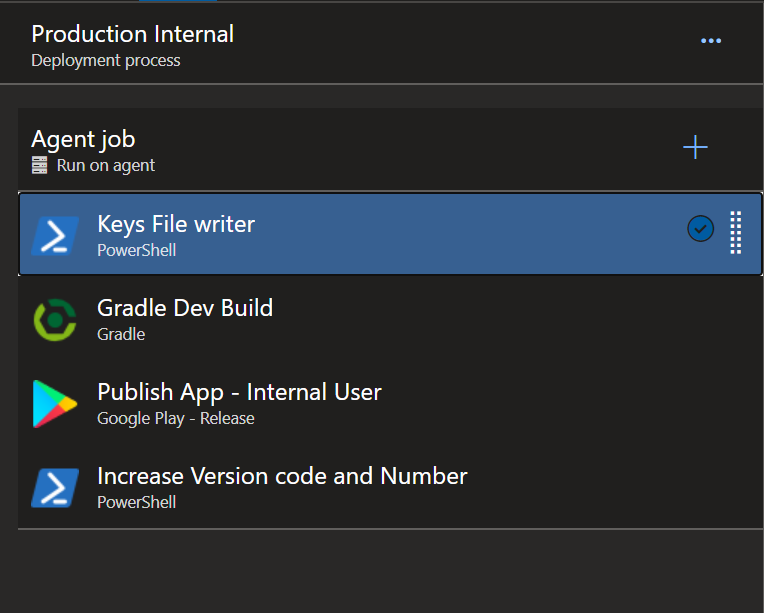 We are using version 2.0 of plugin for this Gradle task.

After implementing the above steps, we were able to deploy the build automatically & hassle-free.

Sometimes dealing with DB processes in a Rails application consume a lot of time. Often there are a bunch of small and simple DB queries that go endless. For example, bulk insertions or